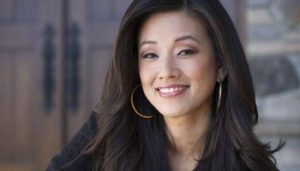 Bloomberg anchor Betty Liu is calling it quits after ten years and will leave the business channel.

Two years ago, she founded media education company Radiate, Inc. undoubtedly as a hedge against what normally happens to anchors in this business – especially female ones.

Liu, the author of the 2014 book “Work Smarts,: joined Bloomberg in 2007 from CNBC where she was an anchor for Squawk Box Asia.