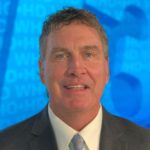 He will assume his new responsibilities immediately.

He joins Nexstar after serving six years as general manager of WPMI-WJTC Mobile, Ala., and as market director for WEAR and WFGX, also in Mobile.

From 2008 to 2012, Totsch was VP-GM of KCTV and KSMO Kansas City, Kan. Earlier in his career, he was director of sales and station manager at KMOV St. Louis.