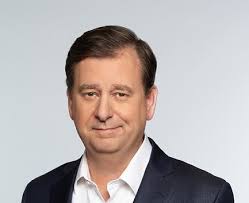 A NewsBlueser tells us that Fox Nation evp John Finley is under the executive microscope of FNC president Suzanne Scott, in large part because of the ongoing drama concerning Fox Nation hosts Britt McHenry and Tyrus.

Finley, a longtime Fox exec, is feeling the heat, allegedly because the sexual misconduct charges brought by McHenry against her former co-host just won’t go away, even after two internal investigations were conducted to let us know that…no, really folks…move along, there’s nothing to see here,

Among some questions evidently being asked: what did Finley know? when did he know it? ….and more, including some questioning of Finley’s decision to hire Tyrus.

We’re sure the folks at FBN would like all this to end quietly.