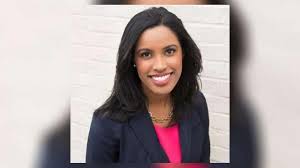 For some reason, someone saw fit to post the entire footage from former WPBF reporter/anchor Farron Salley‘s DUI arrest online.

The incident occurred just over a year ago, when Salley was pulled over by a Palm Beach Garden Police Officer after he spotted her driving without taillights, “The Palm Beach Post” reported at the time.

She was off the air for about two months and then the charges were dropped.

She offered an on-air apology when she was reinstated and the incident seemed to be history.

Then someone posted some of the video from the DUI arrest online.

That was back in June and, after that, she and the station decided to part ways.

Since then, the original video has been deleted, and, oddly enough, someone recently decided the entire video has to be put online.

No, we’re not linking to it.

We’ve got a sinking feeling that someone with an ax to grind is piling on someone who already lost their job over the fallout from the DUI – and not the DUI itself.