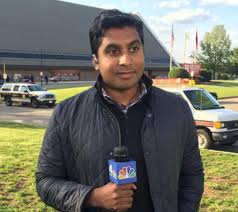 He’ll be a New York-based correspondent, providing reports for the in-house syndication service.

“CBS News is the gold standard for original reporting and investigative journalism. It’s a privilege to have the opportunity to contribute to the important work this team does every day,” George said.