Just another day at the office for Gray’s WAVE in Louisville, KY.

burned a source and sacked an Assignment Editor all in the same day. 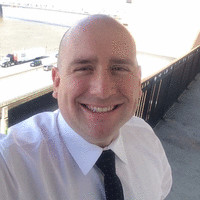 The Louisville Courier Journal is reporting that  longtime assignment editor Aaron Ellis saw investigative reporter Natalia Martinez sitting with a man in a car for some time in the station’s parking lot and became suspicious.

The ever-vigilant Ellis called a contact in the police department to offer up a suggestion that the vehicle’s license plate be checked out.

As it happens, the vehicle in question was owned by a pllice detective.

A detective who was working with Martinez on a story.

The detective reportedly got into hot water with his superiors

And when Martinez found out that Ellis had called the police department, she went to her bosses to report he’d burned a source.

And now nobody is talking.

Not station management. Not the reporter. Not the fired Ellis.

And not the police department.

And the question we have is what on earth prompted Ellis’ call to the police department?