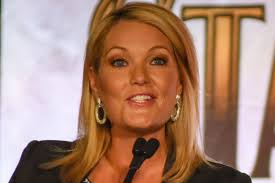 Back in 2017, Lake was charged with DUI and pleaded guilty.

She served 12 months of probation and was required to pay a $1,460 fine for what her attorney said was a “wake-up call.”

This time, Lake was arrested at the Salt Lake City International Airport last Friday night, according to a police report.

She was reportedly parked in the passenger pickup area when she was approached by an officer.

Lake declined a field sobriety test; results of a blood alcohol test have not yet been completed.

Nobody is talking at the station and her on-air status is undetermined.