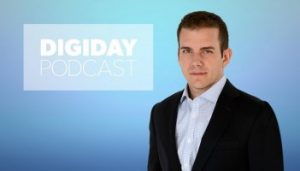 Colby Smith, a seven-year veteran at Disney’s ABC News and ESPN, is the new senior vice-president of Content and Partnerships.

In his new role, Smith will continue to oversee the development of ABC News content across platforms, but will be charged with developing original programming opportunities for ABC News on non-linear platforms.

The division is making a focused effort to  energize and grow its digital news side.

Smith has been at the center of that, as evidenced in division president James Goldston’s staff memo:

“Under Colby’s leadership, just a few weeks ago we launched “Good Morning America” into a new digital era, announced a new partnership with Roku to deliver live news 24/7 with ABC News Live and joined forces with FiveThirtyEight to supercharge our political coverage. And next week we will broaden ABC News’ reach with the launch of the ABC News app on Amazon Fire TV.”