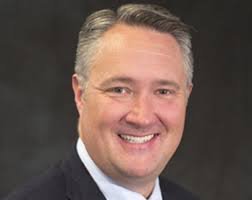 He will succeed Paul Kapowicz, who will retire at the end of June.

It’s the second time in a year McCreery has been promoted in the company.
He is currently the executive vice president and oversees all station operations.

He has been a part of the Meredith Local Media Group for 16 years.

He served as vice president of news and marketing starting in 2014 until January when he was promoted to executive vice president.

More News from Wednesday, May 16, 2018View As Newsletter