Another news director has ascended to the GM’s office – that is, “ascended” depending on your perspective, of course. 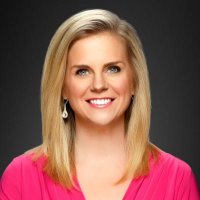 Christy Moreno, news director for the past three years at Tegna’s KUSA in Denver, CO, was announced Monday as the new general manager at sister stations WHAS in Louisville, KY.

Moreno replaces Linda Danna who stepped down for the often-cited “family time.”

“Christy is a proven leader with unparalleled experience and a growth mindset. She knows what winning looks like, having run dominant newsrooms in both Denver and Knoxville,” said Lynn Beall, EVP-COO, media operations, Tegna. “With a long track record of success, Christy has a true understanding of how best to serve local communities and will combine innovation with journalistic excellence to serve Louisville.”

Which, of course, leaves an open news director slot in Denver.