40 years, most of it sitting at the anchor desk and all of it in the same market, outstrips most tv news careers these days. 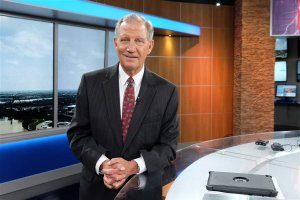 So, in what is increasingly become a rarity in the business, Toledo anchor Jerry Anderson signed off for the last time Friday at Raycom’s WTOL.

The Toledo anchor started his career working in radio news in 1974 and was hired by WTVG in 1980.

After a brief sojourn back into radio in the 90’s, he joined WTOL .

Earlier this month the Toledo City Council honored Anderson for his commitment to the community on and off air.

The station announced anchor Andrew Kinsey will replace Anderson starting today. He will anchor the evening newscasts on WTOL and sister station WUPW alongside Viviana Hurtado and Kristi Leigh.