Bob Costas’ 40-year career with NBC Sports is over. 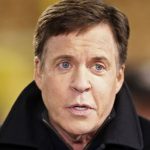 “It’s all settled quietly and happily for all concerned,” Costas told the New York Post in an interview that was published Tuesday.

An NBC representative confirmed with the Post that Costas no longer worked for the network without offering details on how the two sides settled the remaining years on a mutimillion-dollar contract that ran through 2021.

Last year, Costas stepped aside for Mike Tirico to take over the hosting duties for the 2018 Games in Pyeongchang, South Korea.

Costas told the Post his contract was reconciled “more than fairly” but also did not reveal the final settlement.