CBS is trying to lock up “CBS This Morning” co-host Gayle King to a new contract as the network is looking to her to be a pivotal player in a turnaround of the news division. 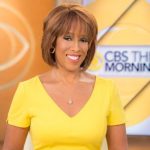 According to two people at the network  King is in talks for a new deal that would more than double her current annual salary to around $12 million — putting her closer to the range of the morning anchors at ABC’s “Good Morning America” and NBC’s “Today.”

A contract at that price would make 64-year-old King,  the highest paid personality at CBS News by a wide margin.

The division has shied away from big-money talent deals as it has been under budgetary constraints in recent years.

But CBS News President Susan Zirinsky was named in January to succeed David Rhodes with a mandate to restore some of the luster to the storied division that has seen its daily morning and evening programs slump in the ratings.

Keeping King — who has made noise with news-making exclusive interviews of late — is Zirinsky’s first challenge and a major priority.

CBS is said to have competition from ABC, according to several industry executives who say the Walt Disney Co.-owned network wants to add King to its anchor team on “Good Morning America.”