ESPN is looking to save millions of dollars in what it pays its on-air and online sportscasters and writers, sources have told The NYPost. 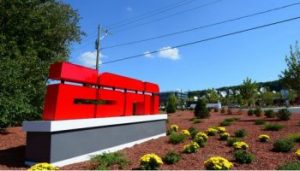 It may seem normal, but sources say, ESPN is trying to slow down the percentage of growth, year-to-year, it pays its front-facing personnel and is adding extra scrutiny in determining future salaries.

At the same time, Skipper presided over hundreds of layoffs that affected on-camera and online personnel, as well as those behind the scenes.

Under current ESPN president Jimmy Pitaro, the high-earning top performers, who can directly point to ratings — such as Scott Van Pelt, Stephen A. Smith and Dan Le Batard — will still get paid, but big earners who aren’t producing will be scrutinized more heavily and could be in trouble.