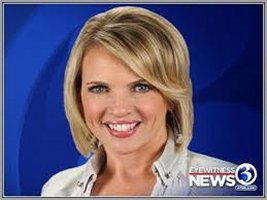 Morning news anchor Irene O’Connor announced bright and early on Monday that she is leaving the AM anchor desk at Meredith’s WFSB in Hartford, CT.

She’s been with the station for 14 years and plans to transition into doing fill-in and freelance work.

O’Connor cited family matters, noting that her twin boys turned 10 over the weekend and for the first time she’ll be able to take them to school.

Her replacement has already been named – traffic reporter Nicole Nalepa will slide into the chair.