A deal that would re-combine CBS and Viacom is “probably inevitable,” according to a report from Moody’s Investor Service analyst Neil Begley. 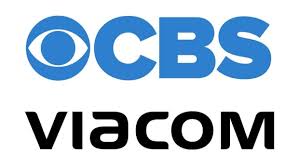 BroadcastingCable.com reports merging the companies would fit in with industry trends in which media companies aim to get bigger in order to have leverage with distributors and scale to be able to launch streaming services that would have enough content to attract subscribers, the credit rating agency said.

“A combined CBS-Viacom would have many positive attributes including cost synergies, dramatically improved leverage with distributors for the Viacom networks, and greater scale of content production, diversity and distribution,” Begley said.

“The potential merger is a sign that major media companies are stepping up their direct-to-consumer efforts to compete with new ‘Big Box’ on-demand subscription TV services for viewers.”

Both CBS and Viacom are controlled by the Redstone family’s investment company National Amusements, and Shari Redstone, the vice chairman of both media companies, is reportedly in favor of the combination.