Well, the Corporate folks have been preaching “digital first” for the past few years and a new survey out is showing they aren’t far from the mark. 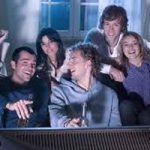 Consumers are nearly as likely to turn to an online video source first when they decide to watch TV as they are to go to a traditional pay-TV provider, according to a new study from Hub Entertainment Research.

In a new report, called Decoding the Default, Hub found that 47% of consumers said they first go to a pay-TV set-top box for TV, while 45% default to an online source. Hub called the result a statistical tie.

Hub, which has been tracking how viewers watch entertainment content since 2013, also said that linear viewing from a cable, satellite or telco subscription has reached its lowest level as a default source of TV.

You can read more on the report here.