Lontime Orlando Anchor Martie Salt announced Wednesday morning that she will retire from WFTV (ABC) on Dec. 13 after a combined 29 years at the station, completing a 40-year career in broadcast journalism. 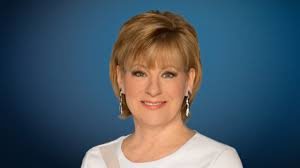 “Today, 40 years later, I’m announcing that I am happily concluding my broadcasting career in December,” she said in a Facebook post Wednesday. “Much has changed during that time. My lashes have gotten longer, Central Florida’s population has exploded and now the news never stops.”

Salt anchors Channel 9 Eyewitness News at Noon and serves as the on-air ambassador of 9 Family Connection and 27 Community Connection, which help generate $20 million each year for charities and nonprofits in Central Florida.

“I’m especially thankful for the viewers who continued to watch and the news directors who allowed me to stay on the air despite some early mistakes and some very bad hair days,” she said in the post. “People like you have kept people like me employed … Thank you for welcoming me into your homes and allowing a girl who had absolutely no math skills an opportunity to develop her communications skills and make a career out of it.”

During her career, Salt has won awards and covered major stories, such as the first space shuttle launch and the Space Shuttle Challenger disaster, and interviewed Presidents Gerald Ford and George W. Bush, and many celebrities, including Oprah Winfrey, Lucille Ball, Arnold Palmer, Alex Trebek, Pat Sajak and Dolly Parton.