CBS and Viacom Monday announced senior appointments for ViacomCBS’ content and digital leadership. The appointments, will enable ViacomCBS to deliver on its distinct competitive position as one of the most important content producers and providers in the world. 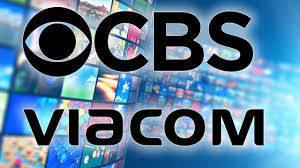 ViacomCBS will have a portfolio of powerful consumer brands and one of the largest libraries of iconic intellectual property, spanning every genre and appealing to consumers of all ages and demographics. The combined company’s library will comprise 140,000+ premium TV episodes and 3,600+ film titles, including fan favorites such as Star Trek and Mission: Impossible.

ViacomCBS will also have more than 750 series ordered or in production, as well as a major Hollywood film studio, Paramount Pictures. The combined company will have a content spend of more than $13 billion – one of the largest in the industry.

“ViacomCBS will be one of the largest premium content creators in the world, with the capacity to produce content for both our own platforms and for others,” said Bob Bakish,