This has been the autumn of discontent for investigative TV journalists. 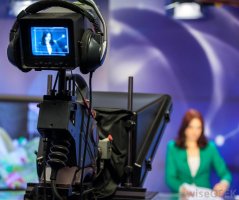 Ronan Farrow’s best-selling book “Catch and Kill” detailed his frustration with former bosses at NBC News over his failed attempt to break the story on the sexual assault and harassment allegations against movie mogul Harvey Weinstein.

A month later, leaked video showed ABC’s “20/20” co-anchor Amy Robach grousing over how the network would not run a 2015 interview with a victim of billionaire pedophile Jeffrey Epstein that implicated Prince Andrew and former President Bill Clinton.

In both cases the networks said the stories never reached the editorial standard they believed was necessary to put it on the air. Robach even publicly backed up ABC’s assertion, saying her private remarks on an open mic were made in “a moment of frustration.”

But the dissatisfaction Farrow and Robach expressed reflects a deepening concern by some veteran journalists and producers that network TV news divisions are avoiding controversial enterprise stories that could pose financial risks from litigation and create aggravation for their corporate owners.
The Los Angeles Times reports declining ratings, public distrust of the media and the surfeit of news from the Trump White House have added to those pressures.

“There is no question lawyers are more careful now,” said Rick Kaplan, a veteran TV producer who has worked at ABC, CBS, NBC and CNN. “Why are they careful? The finance people are telling them, ‘If you lose, and we owe millions of dollars on a legal suit, you’re toast.’”