Jada Pinkett Smith won’t be the only Hollywood notable with a talk show on Mark Zuckerberg’s social media platform.

After the May cancellation of his Emmy-winning NBC daytime show, Steve Harvey will bring a revamped version of his chatfest to Facebook Watch, reports The NY Daily News. 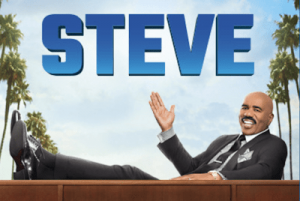 The “Family Feud” host will revive his daytime talk show, titled “Steve on Watch,” premiering Jan. 6.  The 62-year-old Harvey has already taped multiple episodes of his new show, which he shot at Tyler Perry Studios between Dec. 3 and Dec. 6.

“Reaching my audience anywhere and everywhere they are has always been the goal,” Harvey said in a statement. “Facebook Watch viewers are the most energetic, engaged community, and so are my amazing fans. Getting all those people to directly engage on a platform like this is the perfect evolution of the show.”

The first batch of episodes will run for 10 weeks, with multiple segments to air during the week.

The show will also include exclusive interviews with performers, musicians and viral stars, among other talent.