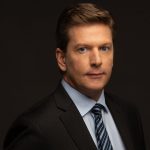 Rowlands has been a field producer and reporter for the network since it was launched in May by Katz Networks, part of the E.W. Scripps Co.

“Ted is one of the most-seasoned true-crime journalists in the business and his insight, interviewing and reporting in the field since our launch have been outstanding,” said Court TV VP and managing editor Scott Tufts. “We’re thrilled to have him on the desk as the newest member of our first-class Court TV anchor team.”