The country’s top transportation regulator on Thursday proposed tracking nearly every drone in U.S. airspace, a rule that would pave the way for companies like Google and Amazon to deploy commercial drones across the U.S. 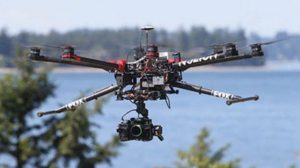 The rule, the culmination of years of work by the Federal Aviation Administration (FAA), will create a system that allows law enforcement and the government to track drones throughout the sky, distinguishing between licensed aircraft vehicles and those that are suspicious or potentially threatening. It is a vital step toward creating an air traffic management system for these devices in the sky, therefore allowing widespread commercial drone delivery with the government’s blessing.

“As a pilot, my eye is always on safety first,” FAA Administrator Steve Dickson said in a statement. “Safety is a joint responsibility between government, pilots, the drone community, the general public and many others who make our nation so creative and innovative.”

Members of the booming drone industry have complained that the FAA is dragging its feet as it crafts regulations that will make it legal to fly drones for commercial purposes. Right now, the government has only greenlighted small-scale drone delivery projects in specific areas, but it’s holding back on allowing the buzzy aircraft to fill U.S. skies, warning that it could be extremely dangerous without proper limitations in place.

Mainstream implementation of drone delivery services is likely still years off. No immediate word how the guidelines will impact TV stations.