Scripps Broadcasting has agreed to pay $1,130,000 to settle an FCC investigation into TV tower lighting issues with stations it purchased from Cordillera Communications. 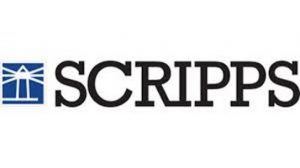 The investigation was prompted by the crash of a small plane into a Cordillera TV tower in Kaplan, Louisiana, in 2018.

In order to get the Cordillera deal approved by the FCC, which it was last April, Scripps had agreed to abide by the results of the ongoing investigation into the tower-lighting issues  and to toll the statute of limitations, meaning it agreed to extend it by two years.

The FCC Enforcement Bureau investigation found no evidence to connect the collision to any violation of its rules, it did say it discovered “numerous, sometimes longstanding, irregularities” in Cordillera compliance and looked at other Cordillera towers, where it said it found problems with monitoring of tower lighting and maintenance of records of lighting failures, as well as a failure to notify the change of ownership for two of those towers.