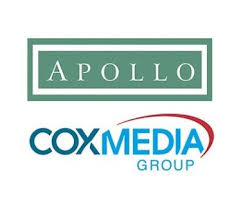 The deal keeps FOX affiliations in place at WFXT in Boston (which puts to rest some random rumors regarding Sunbeam’s WHDH being in the running for affiliation); WHBQ in Memphis; WFOX in Jacksonville; and at KOKI in Tulsa.

“Cox Media Group has enjoyed our partnership with FOX for many years and we are pleased to have secured a long-term deal to preserve this important relationship in our legacy Cox Media Group markets,” Cox boss Kim Guthrie said.