Yes, kids, it was another one of those exhaustive “nationwide searches” that, oddly enough, ended up right back in the newsroom where the perfect candidates (and that elusive “next level”) had been all along.

“We conducted a nation-wide search in an effort to secure the strongest anchor team to lead the station to the next level in 2020,” Sinclair Broadcast Group Manager and Local 12 General Manager Jon Lawhead said in a statement.  “The results of that search made it abundantly clear to us that the team we’d put together in June of 2018 was exactly what the viewer and user wanted to see.”

So, Cincinnati, say hello to the new anchor team at WKRC. 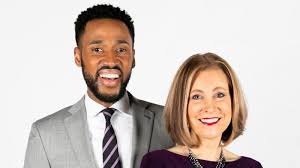 Kyle Inskeep has been with the station for two years while Paula Toti has been part of the newsroom for two decades.