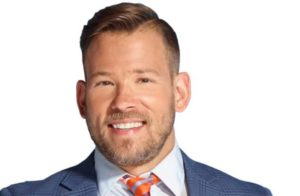 Sven Sundgaard, a former meteorologist for KARE11 in Minneapolis, addressed his sudden departure for the first time Tuesday night.

“Many have asked me about KARE11’s post regarding my employment and separation from employment,” Sundgaard wrote in a message posted to his Facebook and Instagram accounts. “Here’s what I have to say about that for now: I disagree with and dispute my former employers claims and I am considering my options at this time. Thank you again.”

According to TwinCities.com, last Friday afternoon, KARE-TV surprised viewers and local media when the NBC affiliate announced via Facebook that “due to continued violations of KARE11’s news ethics and other policies, we have made the decision to part ways with Sven Sundgaard.”

Sundgaard reposted a message from Rabbi Michael Adam Lutz regarding the protesters who oppose stay-at-home orders/the economic shutdowns in Minnesota outside the Governor’s mansion.

The message reading in part:

The “white nationalist Nazi sympathizer gun fetishist miscreants” who turned up outside the governor’s mansion hold a minority opinion that endangers the public health. They also characterize the protestors as “armed extremists.”

For the record, attendees of both the protest before Sundgaard’s post and the protest that occurred a few days later did not appear to be armed as opposed to recent protests in neighboring Michigan which did feature heavily armed protestors at the state capital.

More News from Friday, May 8, 2020View As Newsletter