According to Deadline, Fox News and CNN are each planning specials this weekend devoted to race relations in the United States. 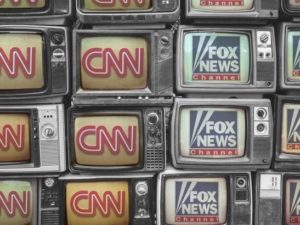 Fox News’ Lawrence Jones will host a one-hour special on Sunday at 10 PM called One Nation, with interviews with rapper and activist Maj Toure, as well as Tezlyn Figaro, who was social justice director for Bernie Sanders’ 2016 presidential campaign, and Pastor Dr. Tony Evans. He also will have a panel discussion with Juan Williams of The Five, chief religion correspondent Lauren Green and former NFL player Benjamin Watson. An extended cut of the special will be posted on the streaming service Fox Nation that same night.

Earlier that evening, at 8PM ET, CNN anchor Fredricka Whitfield will host the second installment of Unconscious Bias: Facing the Realities of Racism, which will look at the biases that are implicit in policing and sports.

The special will feature interviews with Jose Cordero, who helped restructure the police force in Camden, N.J.; John Carlos, the Olympian who in the 1968 games raised his fist along with Tommie Smith in a Black Power statement for human rights; and Jennifer Eberhardt, author of Unconscious Bias: Uncovering the Prejudice that Shapes What We See, Think and Do. The special also stream on CNN.com and will be available on other network platforms.