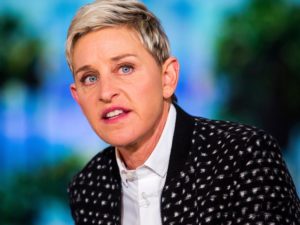 “The Ellen DeGeneres Show” has become the subject of an internal investigation by WarnerMedia following numerous accounts of workplace problems.

Executives from show producer Telepictures and distributor Warner Bros. Television sent a memo to staffers last week saying they have engaged WarnerMedia’s employee relations group and a third party firm, who will interview current and former staffers about their experiences on set, said sources.

A Warner Bros. Television spokesperson declined to comment on the matter. Representatives for “The Ellen DeGeneres Show” have remained silent.

The memo comes on the heels of recent unflattering reports about working conditions at the show.

BuzzFeed’s story contained a spectrum of accused racist behavior, from microaggressions to jokes about mistaking two Black female employees with the same hairstyle, as well as criticism of statements allegedly made to another staffer by executive producer Ed Glavin. Glavin and fellow executive producers Andy Lassner and Mary Connelly addressed the allegations in a joint statement to Buzzfeed.

“We are truly heartbroken and sorry to learn that even one person in our production family has had a negative experience. It’s not who we are and not who we strive to be, and not the mission Ellen has set for us,” the group said.

“For the record, the day to day responsibility of the Ellen show is completely on us. We take all of this very seriously and we realize, as many in the world are learning, that we need to do better, are committed to do better, and we will do better.”