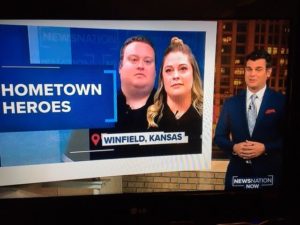 The build was there.  The expectations were there.  The promises were made.   Then the launch!

It was a successful one.  The first thing to look for was tech issues, which would be understandable – but they were non-existant.
The set was vast and impressing.
The stories came from across the country, which the scales leaning slightly east, geographically speaking.
Each of the three hour starts with hard news and ends with a kicker (not exactly splitting the atom). Reporting was solid.
Story selection was predictable but perhaps they weren’t looking to take chances on Day 1.  One exception included a feature on a teenage girl suffering a unique type of amnesia which leads to her “meeting” her family every day.  She’d suffered a severe head trauma three years prior.
The promise of balance was met.  The biggest challenge may have been the Kenosha story, in which the coverage scale was not tipped in either direction.
Stories that did not appear elsewhere last night included: 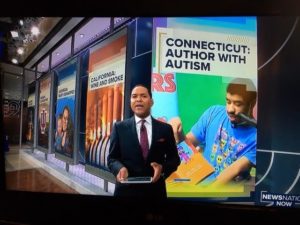 Interestingly enough, there were no political ads, which may have been part of the mission to stay away from anything controversial, which they did.
The debut went smoothly and did accomplish what many people might be looking for – vanilla news.  Not screaming, no bar-room debates.  Basically, no Hannity or Lemon.
Much is left to be determined.