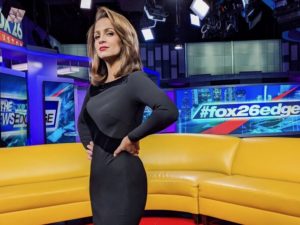 Stations all over the country are ceasing upon an opportunity to sell inevitable political ad space with more “news.”

Fox-owned KRIV Houston (DMA 8) will debut The NewsEdge Early Edition at 6 p.m. on Sept. 14. The half-hour, weekday newscast will follow The Fox 26 News at 5 p.m. and precede TMZ. With this addition, KRIV will produce 10 hours of live, local news each weekday and 60 hours of local news per week, more than any other local television station in the market.

Station VP-News Director Susan Schiller said: “Following the success of the 10 p.m. edition of NewsEdge, we recognized there was a desire for this kind of hyper-local, interactive newscast and wanted to expand the franchise into the earlier hours, where it may resonate with more of our viewers.”

Anchored by Kaitlin Monte, The NewsEdge Early Edition will provide a roundup of the most critical news of the day, highlighting key local stories. KRIV said “this non-traditional newscast will be conversational” and follow the format of the station’s NewsEdge at 10 p.m., which launched in August 2017. Meteorologist Dr. Jim Siebert will provide weather updates throughout the program, and local attorney and former judge, Charles Adams will be a contributor with a segment called ‘Making the Case.’