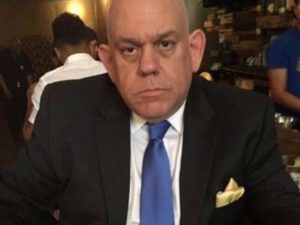 A group of female bloggers from the Bar Area have united against a fellow blogger for that they detail in a joint letter as sexist behavior.

The 29 journalists specifically mention Rich Lieberman’s critiques of them, citing such examples as the “boob power” of one of them and the title of another of his works, “Boner of the Day.”

The letter, posted on Medium, stated that they will no longer stay silent about Lieberman, who uses his 415 Media blog to cover local media “to degrade women.”

“He’s pitted us against each other, posted malicious rumors and gossip about us and presented us as objects to be ogled and mocked in exchange for clicks,” wrote the journalists who signed the letter.

“The misogynist thing is ridiculous,” he said. “I’m laughing because it’s hysterical. I’m flabbergasted. I guess I could be called worse.”

Describing himself as a feminist, Lieberman said he treats women with respect, decency and admiration and said some of his best friends are women.

Lieberman is a longtime fan of TV news that he described as a “visual medium featuring attractive men and women,” and many of his posts critique anchors.

You can read the letter in its entirety here.