From meteorologist to news director. 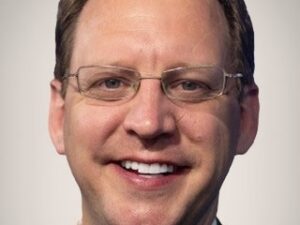 At WGXA, the Sinclair station in Macon, Ga., Jeff Cox is making the transition to management.

According to the station, Cox has been promoted to fill the role of news director for WGXA-WFXL. He will be responsible for managing more than 25 journalists producing more than 50 hours of news content each week.

While weather is his first passion, Jeff Cox has taken on additional leadership roles in the WGXA and WFXL newsrooms, from coordinating election coverage to producing in depth stories, for several years now. He’s committed to serving the Middle and Southwest Georgia communities and is the right choice to lead our dedicated news teams forward as News Director. Jeff understands our mission to provide impactful content that is relevant on all platforms. He’s dedicated to earning the support and trust of our communities by focusing on enterprise content that is meaningful to the people we serve.

Viewers have been watching Cox as the station’s chief meteorologist since 2009. His weather reporting has earned him a number of awards from the Georgia Association of Broadcasters and the Associated Press.