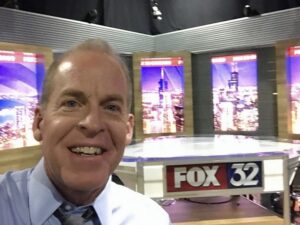 This weekend, veteran met Tim McGill (who is not officially his replacement) started appearing on the shows.

Chicago media blogger Rober Feder is reporting he is expected to be a regular over the next few months.

McGill is no stranger to Chicago. He worked CLTV and WGN before Nexstar pulled the plug on the station. Last year he filled in at WBBM.

We found he spoke to ChicagoWeatherTalk.com, he is hoping this is the last stop.