Gray Television is deadly serious about its company-wide vaccination mandate, and if you had any doubts despite the dismissal and forced resignations of local station employees across the country in the past couple of weeks, consider this: 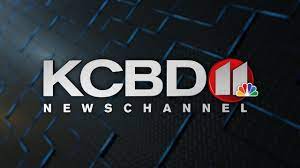 The paper’s principal source, a former account executive with the station who was one of those fired, confirmed that Jackson and two other employees — including KCBD’s general sales manager and news director — were fired last week, while she was among three employees who were terminated Tuesday.

Our records indicate that the station’s news director was Benji Snead, who since 2019, was in his second tour of duty as ND.

Prior to his four year sabbatical, he’d been with the station for 20 years, 12 of them as news director before he took a side trip into bank marketing.

“I can tell you they are no longer with the station. KCBD (GrayTV) does not comment on personnel matters,” reads the statement, which refers further questions to Interim General Manager Patrick Stacey.

Stacey is listed as the vice president and general manager of GrayTV property KLTV in Tyler.

The former account executive, Eleah Lehnen, said things reached a boiling point last week over an anonymous tip that fake COVID vaccination cards were making the rounds at the station.

Corporate officials swooped in to investigate and heads began to roll.