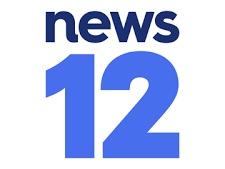 When former News 12 Networks owner Pat Dolan sold News 12 Networks to Altice for a price he couldn’t refuse in 2018, the longtime and loyal news executive fought for the jobs of his original team.

Anchors and reporters were going to get let go, that wasn’t a secret. He just tried to help them keep their jobs for as long as possible so Dolan filed a lawsuit and it stalled the firing process essentially.

More than two years later, it has finally began even though in the settlement Altice execs were supposed to wait until 2023.

In one month, at least five longtime anchors and reporters, who were all part-time but also very much the pulse of the News 12 Long Island brand (one that barely exists now) are gone.

Newsblues has learned they’ve all been fired with severance and more firings are coming.

The goal is to shift to cheaper talent and get away from the hyper local brand. Most of the people who were let go are native Long Island and New Yorkers.

Some of the people who are now gone were offered different positions with fewer hours and significantly reduced pay.

Here is who we know got fired:

And Eileen Lehpamer resigned from her position. She was not among the most recent round of cuts

As we said, there is more coming as Alitce takes the News 12 networks in a new direction. As of now, sports departments are being cut across all the brands and pay is being cut.

We reached out to Altice and are waiting.