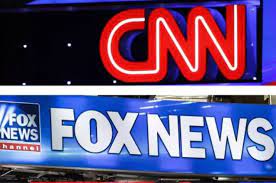 We ran across this article that we found rather fascinating – albeit somewhat fanciful given the impenetrable silos we have put ourselves in in recent years.

“What If FOX News Viewers Watched CNN?” is the name of a recent article on Bloomberg.com.

A couple of researchers set out to find the answer.

Back in September of 2020, a sample of regular Fox News viewers were selected and the researchers paid a subset of them to watch CNN instead.

Then, all participants were put through a series of surveys.

The results: Not only did CNN and Fox cover different things during the September 2020 survey period, but the audience of committed Fox viewers, which started the month with conservative predispositions, changed their minds on many issues.

Those who watched CNN were more inclined to actually believe COVID (it was) was a real thing, and that other countries were doing a better job of controlling it (at the time, they were).

And although the CNN viewers remained rigidly conservative, they also were far less inclined to believe that Democrats enjoyed hearing about police officers getting shot and they significantly rejected the notion that if Biden were elected, “we’ll see many more police get shot by Black Lives Matter activists.”

The conclusion drawn from the study is that a balanced presentation of news tends to dispel any of the outlandish claims one might hear in the course of the 24/7 schedule of cable news that encourages drama – real or fabricated.

And the country’s left does itself no favors by eschewing a place at the conservative news table (thus allowing at least a hearing of opposing ideas) while conservatives both bash the mainstream media while enthusiastically sign up to be a part of it.

Lookin’ at you Mick Mulvaney.