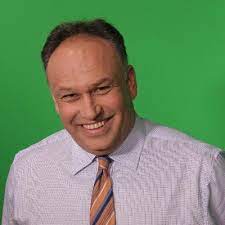 Kupec has been with KVRR in Fargo, North Dakota since 2013.

He recently won the endorsement of the DFL (Democrats, Farm and Labor) party for District 4 that was vacated by longtime incumbent Kent Eken, KFGO reported.

“While we don’t normally comment on personnel matters, since Rob has decided to run for political office, we have determined he can no longer appear on our newscasts,” KVRR Chief Operating Officer Kathy Lau said.

Kupec grew up in a politically active home in Connecticut. His parents worked on a U.S. Senate campaign and he ran as a third party candidate for county office in New York. Kupec’s wife has been a Moorhead City Council since 2018, inforum.com reports.

More News from Monday, May 9, 2022View As Newsletter