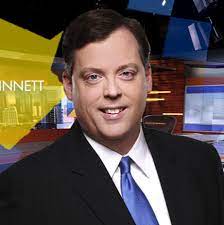 Tony Thomas, a reporter at WSB (Channel 2 Action News) in Atlanta is exiting for a career in public relations and government, The Atlanta Journal Constitution reported.

Thomas, with WSB for 13 years, is scheduled to have his final day on July 15.

He will become a spokesperson for the FBI field office in Atlanta, AJC.com said.

“It was the perfect job that came at the perfect time. I’ve always thought a job like this would be interesting and challenging,” Thomas told the Journal-Constitution.

Thomas joined WSB in 2009 and spent the last nine years as Gwinnett County bureau chief. Prior to that, he was a reporter at Atlanta’s WAGA (Fox 5) for seven years.