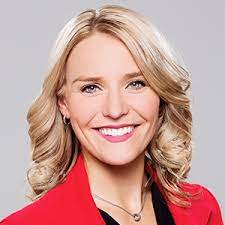 A couple days later and here she is, the newly-minted executive director of communications for the Kansas City Current woman’s professional soccer team.

“Fresh off the 50th anniversary of Title IX, we are witnessing sports history right in our backyard,” Welniak said in a news release. “What [the owners} are building in Kansas City is something that will not only impact the women of this generation, but it sets in motion a better future for our daughters and granddaughters.”

Welniak, had been sports director at KCTV for the past five years after joining the station from KWCH in Wichita in 2016.

Before getting into broadcasting, she was a receiver for the Dallas Diamonds of the Women’s Football Alliance.