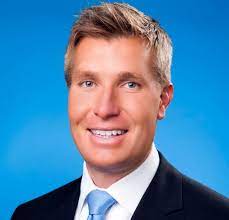 Meteorologist Brian Gotter is moving on from forecasting to a fundraising organization.

Gotter spent more than a quarter-century on television, including the past 16 years at WTMJ in Milwaukee.

While Gotter, the station’s chief meteorologist, said in a Facebook post that part of his reason to retire is to spend more time with his family, the other is because a “once-in-a-lifetime, dream job” landed in his lap.

He accepted a full-time position with the MACC Fund– Midwest Athletes Against Cancer.

“We are going to… find a cure for this terrible disease very soon so other kids and families don’t have to suffer,” Gotter said.

Before arriving in Milwaukee, he spent four years at WCCO in Minneapolis and five years at WJXT in Jacksonville.

“Thanks to everyone for making all my my dreams come true.” Gotter said he’ll be on the air until the fall, “so we have some time for more laughs.”