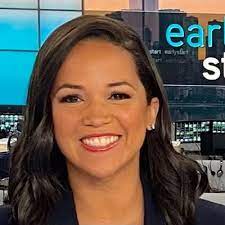 CNN has lost “Early Start” anchor Laura Jarrett to NBC News, and she has big shoes to fill at the Peacock..

Jarrett leaves CNN after six years where she covered the Justice Department and major legal cases and most recently co-anchored “Early Start.”.

At NBC News, she steps into the role owned for what seems a lifetime by Pete Williams – covering  the Supreme Court and the Justice Department.

She’ll come on board after the first of the year.

Jarrett, who was a practicing attorney in Chicago before moving into media, has co-anchored the “Early Start” with Christine Romans since 2020.

She is the daughter of Valerie Jarrett, the longtime Chicago government official who would go on to become one of the longest-serving presidential advisors in the Obama Administration