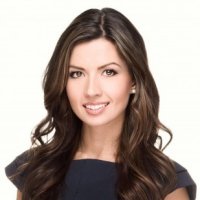 Former morning anchor Maggie Slysz is making a return to Tribune’s WTIC in Hartford-New Haven, this time around as a reporter.

She’s slated to replace Rachel Lutzker who, we told you yesterday, is moving to the evening shift.
“Maggie is a great asset to the Morning News team and her digital skill set will connect us even more to our viewers. She is knowledgeable and a Connecticut native, and we’re thrilled to have Maggie back on the FOX61 team,” said news director/vp of news, Grey Godbout.

Slysz first joined the station in 2013.

She worked on special projects and filled in on traffic.

In 2014, she was promoted to morning news anchor and reporter which she held until 2016 when she left to twork for the Connecticut Lottery.

She begins on July 9.