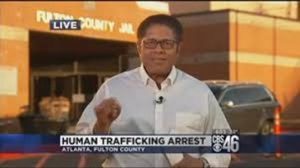 It was only a little over a year ago that reporter/anchor Keith Whitney landed at Meredith’s WGCL in Atlanta after taking a buyout from Tegna’s WXIA.

Whitney starts Wednesday as the City of Atlanta’s new director of communications.

Anne Torres, the person he’s replacing, left after it became clear that she was more interested in choking down communications with the media over public records rather than facilitating them.

Presumably, Whitney will do better.