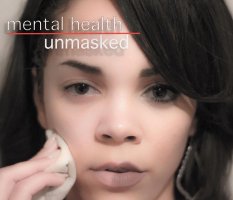 Nicole Hickl, an anchor at Sinclair’s KGBT in Harlingen, TX, has gone public with her battle against depression, something she has been dealing with since high school.

She has always had an aversion to the drugs that might alleviate her condition and it was getting worse.

Last year, she stopped working out and spent her off-hours simply laying around the house.

She credits her husband with encouraging her to talk to a professional about how she was feeling.

‘How are you still alive?’” she recalls hearing after an initial assessment with a therapist in January. “I told her, ‘I have a daughter. That’s the only reason why.’ After that, she referred me to a psychiatrist.”

In the past month, she took her battle public, hoping to encourage others to seek help.

“I guess I was just tired of hiding,” Hickl said of her June 8 Facebook Live, in which she detailed her fight with depression. “That day, I (couldn’t) get off the couch, or then I’m running around cleaning. Those are the two ways I cope with my anxiety and my depression.

“It was a heck of a day building up to it. I had to talk with (station) management, took a mental health day preparing to say, ‘Hey. I have depression and anxiety.’”

One in 6 adults will experience depression in their lifetime, according to the Centers for Disease Control and Prevention.

“If all that support that came to me would just go to the other people that really need it, think how we could change the world.”