“Your Morning Albany,” is the new weekday morning newscast that debuted this week on Spectrum News Albany. 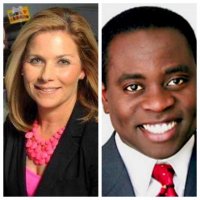 The hour-long program airs weekdays at 7 am and is co-anchored by Spectrum veteran Julie Chapman and newcomer Dan Bazile, who recently moved over from WNYT where he spent 15 years.

Spectrum staffers — including Chapman — have been shaping the program since spring and they’ve been teasing the idea of something “new and exciting” on social media for the last several months.

National and international news take a back seat to hyper-local coverage of Albany and environs on the new program.

And yes, the occasional cooking segment. It wouldn’t be morning television otherwise, would it?