Indiana’s Attorney-General Curtis Hill is in a lot of hot water over allegations that he inappropriately touched four women at a bar in March.

So who does he turn to? 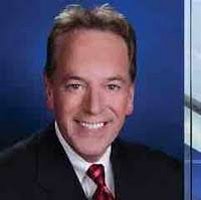 Proffitt was a 26-year veteran of tv news, having worked at both WTHR  and WRTV before the latter station showed him the door in 2016.

A special prosecutor will be appointed to help assist the Office of the Indiana Inspector General in an investigation of the groping allegations against Attorney General Curtis Hill.

And a fired tv anchor will certainly help make everything better.