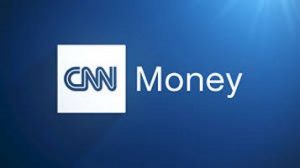 By this fall, CNN will group together what was “CNN Money,” “CNN Media,” and “CNN Tech,” under the new branding of “CNN Business.”

It also looks like CNN plans to hire six new staffers to cover technology from a new bureau in San Francisco, focusing on Silicon Valley and its impact on our lives.

“CNN Money” started in 2001 as a partnership with Time Inc.’s “Money” magazine.

In recent years, the network has hired prominent journalists like media reporter Brian Stelter, a senior correspondent and host of the weekly show “Reliable Sources.”

But to many consumers, CNN Money is still synonymous with personal finance.