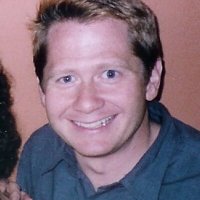 Sources tell us that Dennis Lortz recently seems to have resurfaced as news director at family-owned WOAY in Oak Hill, VA.

Lortz most recently was news director at Nexstar’s WOWK in Huntington-Charleston, W VA, where he left in December 2017 after just nine months at the helm.

He’d been the Number 2 at the station before being promoted.

Lortz is a former news director and anchor in Nebraska, and has also worked in Rapid City, Dallas and Washington.