You’ll recall we were the first to report Tribune-owned stations in Dallas and Houston Texas were being gutted last month. 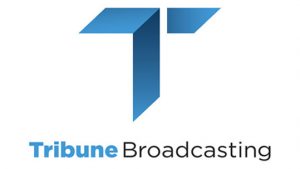 We have an exclusive update on where some of the staffers have landed since cleaning out their desks at KDAF (CW).

Sources say News Director Steve Simon is back in Houston at KIAH (CW).

KIAH cut its Newsfix folk, like KDAF, but kept the morning crew and is adding a few hours daily.

Sources say Simon will oversee that show, although his official title has not been released yet.

Simon left a touching goodbye on his “Simon Says” segment.

Reporter Sarah Macias who had been at KDAF less than a month before the bomb dropped has been producing at her old stomping grounds in Waco at KWKT (FOX) but announced her new role Monday via Twitter.

And KDAF’s overnight photographer Colt Stewart who was promoted to Director for about two weeks, is back on the streets, this time for KTVT (CBS).